With 60 years as an attorney, 50 years as a professor at Georgetown Law, and 46 years on the board at the International Law Institute of which he is chairman, Prof. Don Wallace is a preeminent authority in international law and foreign affairs. He has counseled government institutions, societal icons, major corporations, and everyone in between. Currently he teaches Constitutional Aspects of Foreign Affairs and Investor-State Dispute Settlement. Professor Wallace was the Regional Legal Advisor for the Middle East and Deputy Assistant General Counsel to AID in the Department of State from 1962-66, a founding board member of the International Development Law Organization in Rome, and has been the head of the International Law Institute since 1970. He chaired the Advisory Committee on World Trade and Technology to the Office of Technology Assessment of the U.S. Congress from 1976-79, and is currently a member of the Secretary of State’s Advisory Committee on Private International Law, a U.S. Delegate to UNCITRAL, and a correspondent of UNIDROIT and the vice president of the UNIDROIT Foundation in Rome. He has also been chair of the Section of International Law and Practice of the American Bar Association and a member of the ABA House of Delegates. Recent and current activities also include assisting Rwanda with the preparation of its constitution and commercial law, teaching in China, directing a research and exchange project with Russia, serving on boards involving academic activities in Egypt, in Indonesia, in Serbia and in Bulgaria, the advisory board of the ABA Rule of Law Initiative (ROLI), and serving as national chair of Law Professors for Bush and Quayle in 1988 and 1992, co-chair of Law Professors for Dole and Kemp in 1996, and during the 2000 campaign member; board of governers, Republican National Lawyers Association. He has been on the roster of World Trade Organization (WTO) panelists. 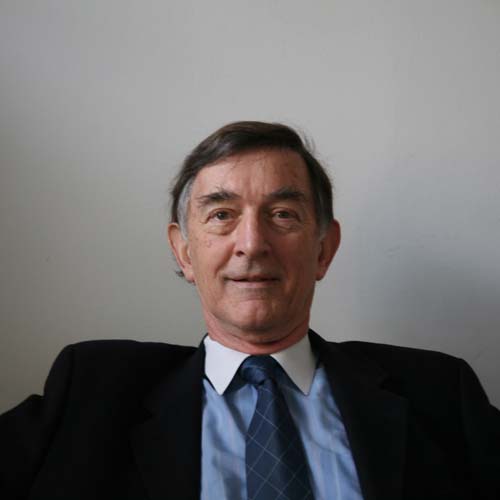 With fifteen years spent in the field of commercial, real estate and civil litigation in the United States, Ms. Dagley has represented a wide array of clients in dispute resolution proceedings both inside and outside the courtroom, whose international interests are as vast as their domestic ones. In an already robust career, Ms. Dagley’s crowning achievement has been the representation of more than 90 individuals and entities in an arbitration proceeding involving civil theft of escrow deposits paid in connection with a development outside of the United States, which resulted in an arbitration award of $20 million.

Dagley Law’s practice areas include, commercial and business litigation, personal injury litigation (in co-counsel capacity), corporate and business transactions, and advising on USPTO trademark filings and related matters. As an experienced U.S. business lawyer, Ms. Dagley knows first-hand the importance of building cross-border relationships with lawyers from other jurisdictions so that clients and business associates have trustworthy resources globally.

Ms. Dagley is a member of The Florida Bar; she currently serves as Chair of the India Subcommittee to The Florida Bar’s International Law Section (Asia Committee). She is also a Charter Member and Officer of TiE Miami. TiE Global is a non-profit venture devoted to entrepreneurs in all industries, at all stages, from incubation, throughout the entrepreneurial lifecycle. Additionally, she serves as President of the Australia United States Lawyers Alliance (AUSLA). Jaspreet Kaur is an Indian Advocate, currently based in Washington, D.C pursuing her LL.M in Human Rights and International Dispute Resolution at American University Washington College of Law. Jaspreet has experience working with international organizations including the Commonwealth Human Rights Initiative (Prison Reforms Programme) in West Bengal, India where she has made valuable contributions to the ongoing work in the Prison Reform Programme in the state of West Bengal by assisting the High Court Legal Services Committee (HCLSC) of the High Court of Calcutta, in rendering legal aid services to indigent inmates as CHRI’s representative while holding meetings with lawyers providing free legal aid and HCLSC officials to follow up on legal aid cases and documenting such progress through detailed reports.

She is the US representative of BSM Legal Advisors & Strategy Consultants LLP and is currently working with The American University, Washington College of Law (WCL)'s Project on Addressing Prison Rape which has been funded by the US government and private grantors to address and respond to sexual abuse of people in custody. The Project on Addressing Prison Rape has continually provided training, technical assistance and guidance to high-level corrections decision makers on key issues in addressing and responding to The Prison Rape Elimination Act 2003 of the US. She is actively engaged in various projects related to Human Rights and has been regularly invited by the International Law Institute & World Bank for many important conferences. Jaspreet was recently a part of a high level delegation from India and has held meetings with Judges, Attorneys, Law firms, bar associations, officials of multilateral and US institutions like the US Capitol. These meetings were focused on strengthening India - US relationships on the legal front.